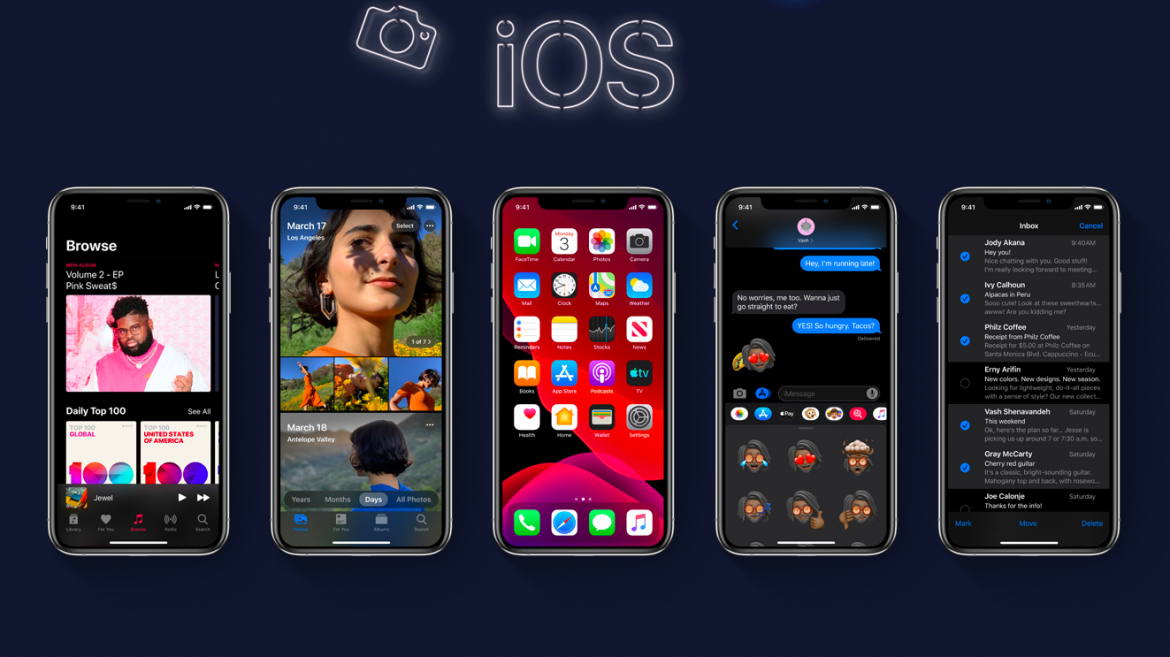 A few days ago, the third beta version of iOS 13 became available for download. Not many new chips were found in the assembly, since the main focus was on fixing numerous old errors and flaws. However, positive changes are still present – many users after installing the operating system could notice that the speed of work is seriously higher. And this is especially noticeable when running applications.

At the presentation of iOS 13, the company representatives promised another breakthrough in performance. According to Apple, the facial recognition algorithm will work by 30%, and all applications will run almost 2 times faster.

IOS 13 uses a new method for compressing applications from the App Store. Therefore, the amount that you may need to download has become less: up to 50% when installing applications, and up to 60% when updating. Optimization has a positive effect on the launch speed.

In the third beta version of iOS 13, the company began to smoothly apply the appropriate optimizations to all embedded applications. The results are obvious – many users have noticed an almost instant launch of applications.

Acceleration has not yet affected third-party programs and games – all developers need to add special algorithms to compress their application. In all other cases, the launch speed will remain at the same level.
Some users have concluded that the Apple company now stores all the standard applications in RAM so that the user can get quick access to them. It is quite possible that this initiative could put an end to all devices with 1 GB of RAM.